The Government’s intentions to change the way it funds regions has been criticised by Cllr Darren Rodwell, the Chairman of Local London.

Reports in the media suggest the Government is planning to rewrite its rules to permit greater investment in areas such as the north of England and the Midlands after years of complaints that the current system overly favours London and the south-east.

In a letter published in the Evening Standard on January 14, Cllr Rodwell says any diversion of funds away from London to improve the conditions of people living in the Capital is ‘deeply worrying’.

He said: “The Government says it plans to change the way it invests in regions because the current system favours London over other parts of the UK.

“This is deeply worrying for those millions of Londoners who are struggling to make ends meet because of this fallacy that the prosperity of our Capital City benefits all.

“Research published last year showed growth in our part of London – home to around 2.3 million people – is shrinking and would have qualified for substantial sums from Europe to equalise regional disparity had the UK retained its membership.

“Under the EU’s funding formula (3-year average GDP), Local London is now one of 7 regions classified as ‘least developed’. We have more in common with West Wales and Cornwall & The Scilly Isles in respect of growth and productivity, than nearby boroughs like Camden or Westminster.

“Had we remained part of Europe, we would have got a share of its £13 billion Future Cohesion Programme to reflect that position and support action to remedy it.”

Cllr Rodwell said London was too large and too complex to be funded as a region. Instead, he recommended funding London on a sub-regional basis.

He added: “If the Government really wants to solve regional disparity, the answer lies in sub-regional geography. London is simply too complex, too large and too populous to be classified as a region for funding purposes. Funding formulas for London will always be skewed by super-rich boroughs like Westminster and Kensington & Chelsea. It means we’ll never get our fair share to invest in public infrastructure projects that will improve prospects, wellbeing and lives of Londoners in our patch.

“For our part of London to truly catch up, we need more investment, not less, in extra cross-river transport; stronger digital infrastructure, ambitious house building and more emphasis on up-skilling people so residents here can access better-paid jobs in emerging industries, get a foot on the ladder, and have much better lives.” 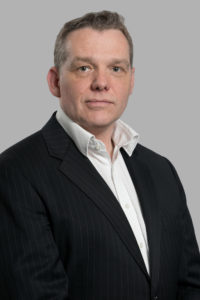 View news and resources, by tag: